RecPhon 2019: Recursivity in phonology, below and above the word 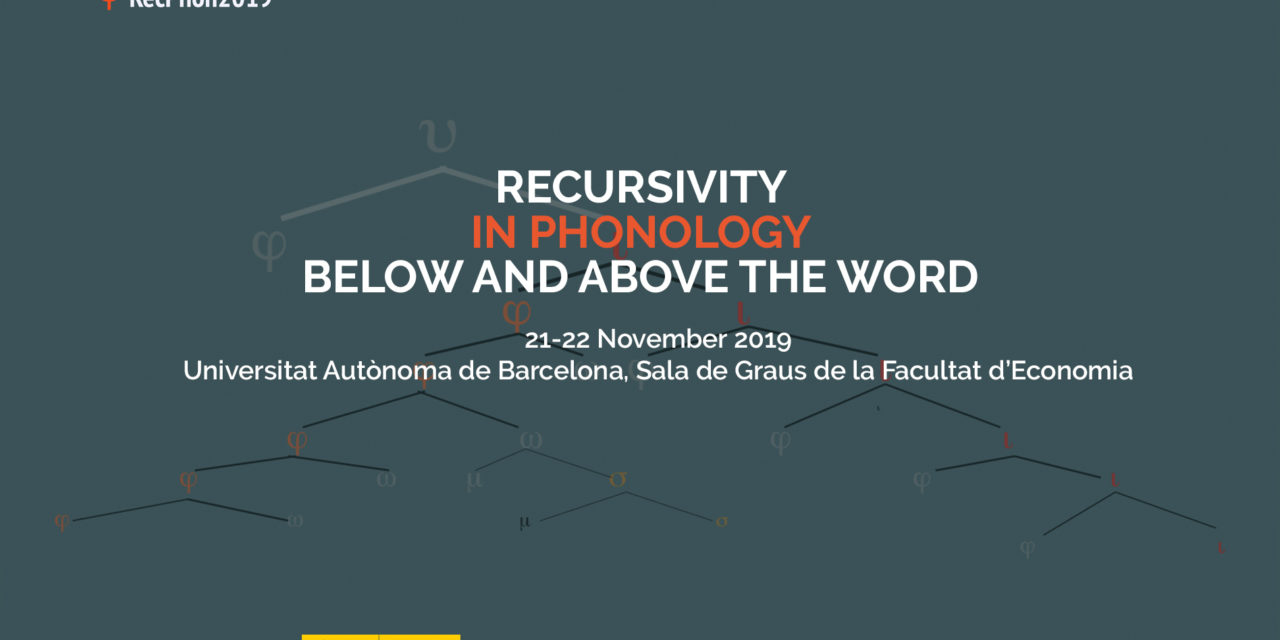 Within the research project “Prosodic and morphosyntactic domains: analyses of morphophonological phenomena at the interfaces” (FFI2016-76245-C3-1-P), we are organizing a two-day workshop on “Recursivity in phonology, below and above the word”, featuring the keynote speakers Emily Elfner (York University, Canada), Junko Itô and Armin Mester (University of California, Santa Cruz).

Recursion, i.e. unbounded nesting, has long been seen as a fundamental cognitive property of the language faculty, usually associated with the syntactic component of the grammar. One of the achievements of phonological research in the previous century was the discovery of structured patterns within the continuous flow of sounds in spoken language. In the early eighties, the exploration of such patterns gave rise to the development of Prosodic Phonology, whose tenet is that phonological constituency is analogous, but not structurally identical, to morphosyntactic constituency. According to Prosodic Phonology, the constituent structure of phonological forms is defined in terms of the Prosodic Hierarchy, a hierarchy of a finite set of universal prosodic categories, i.e. the syllable < the metrical foot < the phonological word < the phonological phrase < the intonational phrase < the utterance. In the early days of Prosodic Phonology, it was assumed that all prosodic representations complied with the Strict Layer Hypothesis. According to this hypothesis, a category of level i in the hierarchy immediately dominates a (sequence of) categories of level i−1.

However recursive higher-ordered prosodic categories, such as the phonological phrase and the intonational phrase, were promptly advocated in the literature. With the arrival of Optimality Theory, the Strict Layer Hypothesis was relaxed and recursive structures were posited to account for a wide range of phonological phenomena, including the prosodification of function elements into recursive phonological words. Recursive structures have recently been proposed for prosodic categories below the phonological word, most notably for the metrical foot, but also for syllables and even moras. A substantial body of research has argued that recursive feet account for ternary stress patterns and also facilitate a unified account of several foot-conditioned segmental and tonal distributions. In the literature on the syntax-phonology interface, recursivity above the phonological word has received renewed attention, especially since the appearance of Match Theory. At the other end of the spectrum, we find work on the syntax-phonology interface that completely rejects prosodic constituency, and derives instead the relevant domains for phonological computation from syntactic phases.